Sovereign Immunity Across Borders: How the United States Could Learn from Indiana Following the Justice Against Sponsors of Terrorism Act

Earlier this year marked the fifth anniversary of the disastrous stage collapse during the Sugarland concert at the Indiana State Fair. Evan West, The Collapse, Indianapolis Monthly (August 1, 2012), http://www.indianapolismonthly.com/longform/the-collapse/ [http://permc.cc/499S-AXP9]. While those victims still recount the horrific experience, Indiana learned an important lesson in the limits of sovereign immunity in the ensuing litigation. Although Indiana passed the Indiana Tort Claims Act (“ITCA”), an Indiana Court of Appeals r 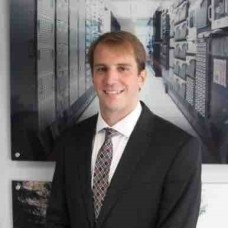 While some argued that this undermined the purpose of the ITCA by allowing the State to be subject to liability (especially in a dissent by Chief Judge Vaidik), Indiana Law Review Note Writer Tyler Jones argued that this may not be the end of the world in his Note Paradise Lost: Contracting Away Immunity under the Indiana Tort Claims Act. Although exposing Indiana to more potential claims, Jones writes that all is not lost if the State still has some form of immunity.

Earlier this year also marked another important anniversary of a United States tragedy. Shortly after the fifteenth anniversary of the September 11th attacks, the issue of sovereign immunity returns in the form of federal legislation.

Overriding a veto by President Barack Obama, the House of Representatives has voted to pass the Justice Against Sponsors of Terrorism Act (JASTA), allowing families of the victims of the 9/11 attacks to bring claims against Saudi Arabia. Scott Horsley & Ailsa Chang, Congress Overrides Obama’s Veto On Sept. 11 Lawsuit Bill, NPR (September 28, 2016), http://www.npr.org/2016/09/28/495709481/sept-11-lawsuits-vote-today-could-be-first-reversal-of-an-obama-veto [https://perma.cc/S2DH-89WU]. Critics of the bill claim that this could be a disaster, opening the opportunity for other countries to pass similar laws and expose the United States to liability from people bringing suit around the world in their home court. See, Jim Ash, Legal Expert: Overriding ‘Sovereign Immunity’ Bad Idea, WFSU (September 29, 2016), http://news.wfsu.org/post/legal-expert-overriding-sovereign-immunity-bad-idea [https://perma.cc/8DE5-DMV4]. This could require the United States to expend resources defending itself from those bringing suit around the world.

With some states, including Indiana, now exposed to more liability claims, the United States could examine how limiting immunity from liability has affected the State’s activities and what resources it has expended as a result. While the United States would not have the control over what types of claims others could bring against it, certain states limitation of sovereign immunity could provide an important lesson to the United States as it proceeds with potential claims for various tort claims.

An important issue addressed by Jones is the fact Indiana still retains some form of immunity through the ITCA. What could happen to the United States if all immunity were lost? Tyler Jones note is available in this issue of the Indiana Law Review. Jones, Tyler, Paradise Lost: Contracting Away Immunity Under the Indiana Tort Claims Act, 50 Ind. L. Rev. 369 (available at http://mckinneylaw.iu.edu/ilr/pdf/vol50p369.pdf)